iGiftFund (Independent Charitable Gift Fund) is an IRS-recognized 501 (c)(3) public charity. Our offices are located in Hudson, Ohio (between Akron and Cleveland). We serve individuals, families, companies, and foundations who value flexibility and true independence. 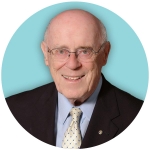 His 33 years of experience with donor advised funds is arguably the longest in the industry. Throughout this time, Phil has helped donors and their financial advisors establish over $4 billion in donor funds on virtually all custodial platforms.

Phil’s work in donor advised funds began in 1986 as CFO of The Cleveland Foundation, America’s first community foundation.  While there, Phil co-founded The Investment Fund for Foundations, TIFF (currently $9 billion in assets), to serve the investment needs of endowed charitable organizations including education-related institutions, cultural institutions and foundations.

Phil left The Cleveland Foundation in 1992 to co-found the American Endowment Foundation (AEF), which is now the country’s 16th-largest charity.  In 2017, Phil left AEF and founded iGiftFund to return donors a more personalized experience in an industry now dominated by the charitable entities of large commercial financial institutions.

Phil has a unique approach to explaining philanthropy and his love of donor advised funds in family philanthropy. As a result, prospective donors come away from their conversations with creative solutions, new ideas and, often, a feeling of, “Wow … I didn’t think that was possible.” Donors and their advisors describe him as “passionate,” “inspiring,” “helpful,” and—perhaps our favorite—“unstuffy.”

Phil is a graduate of the Wharton School of Pennsylvania and served as a financial executive at Sperry Rand, General Tire and Oglebay Norton.  He is also a co-founder of the Hudson Community Foundation, established in 2000. 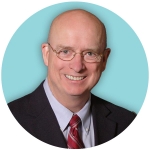 Bill is an attorney who brings to iGiftFund 30 plus years of legal experience in areas to include estate planning, probate, and trust administration.  As CEO, he supervises the organization’s overall business strategy.  He also leads the development and execution of iGiftFund’s long-term strategies, and will monitor the success of the iGiftFund organization team.

After graduating from John Carroll University with a Bachelor of Science in Business Administration, Bill received his law degree from Ohio Northern University.  He is admitted to practice in the Ohio Supreme Court, the U.S. District Court for the Northern District of Ohio and all Ohio municipal courts.

Bill is a member of the Northern Ohio Charitable Gift Planners and the Estate Planning Council of Cleveland.  An active member of the community, Bill has been involved with End 68 Hours of Hunger, the Cub Scouts, Single Volunteers of Lake County, Leave a Legacy, Women’s West Housing Corporation and was a Planned Giving Advisory Committee member to John Carroll University, Ursuline College, and St. Gabriel Church.

A Mentor, Ohio resident, Bill and his wife Susanne are blessed with two wonderful teenage sons.  He enjoys traveling and has been to nearly every state as well as to Canada, Mexico, the Cayman Islands, England, Ireland, France, India and backpacked the Himalayan Mountains of Nepal. 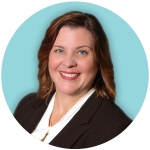 Sheilah is responsible for all matters related to the smooth operation of every donor’s fund, interacting with financial advisors and sharing responsibility for establishing and nurturing client relationships. She is focused on understanding and delivering on the individualized needs of donors with customized solutions, striking a balance between deep industry expertise and genuine, friendly service.

Prior to joining iGiftFund in 2017, Sheilah worked for the Benevity Workplace Giving Program where she was responsible for over $1 billion in grants to more than 80,000 charities. Prior to that experience, she worked for the Cleveland Christian Home serving more than nine years, the last four as Assistant Controller.

Sheilah has a passion for baking, and is an expert at cooking and all-round magic-making in the kitchen.  She loves spending time with her husband Orlando and 2 children, Rad & Rori, attending church, singing and binge-watching Netflix. 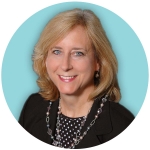 Cindy oversees all finance, accounting, budgeting, and auditing functions for the organization. With over 30 years of experience, she brings a steady hand and deep financial expertise to the iGiftFund team.

Cindy graduated from Ohio State University with a BSBA in Accounting. She spent two years at Marathon Oil before moving to Cleveland to pursue a career with The Progressive Corporation, getting involved in areas such as operational and premium auditing, business unit accounting & financial analysis, compliance, statutory and GAAP accounting and reporting.

Outside of work, Cindy enjoys spending time with her husband, son, and twin daughters.  She is a big fan of any live event, be it a theater, a concert, or a sporting event, and also enjoys travelling, volunteering at her church, and being active whether attending classes at her gym, taking a walk, or playing tennis.